I was asking the same question last year.

If it were not for the lockdowns I might not have bothered to find out. Think it is brilliant and I am now using my smart phone as more than a music playing device.

Latest crazy experiment. Put both cabs right next to each other 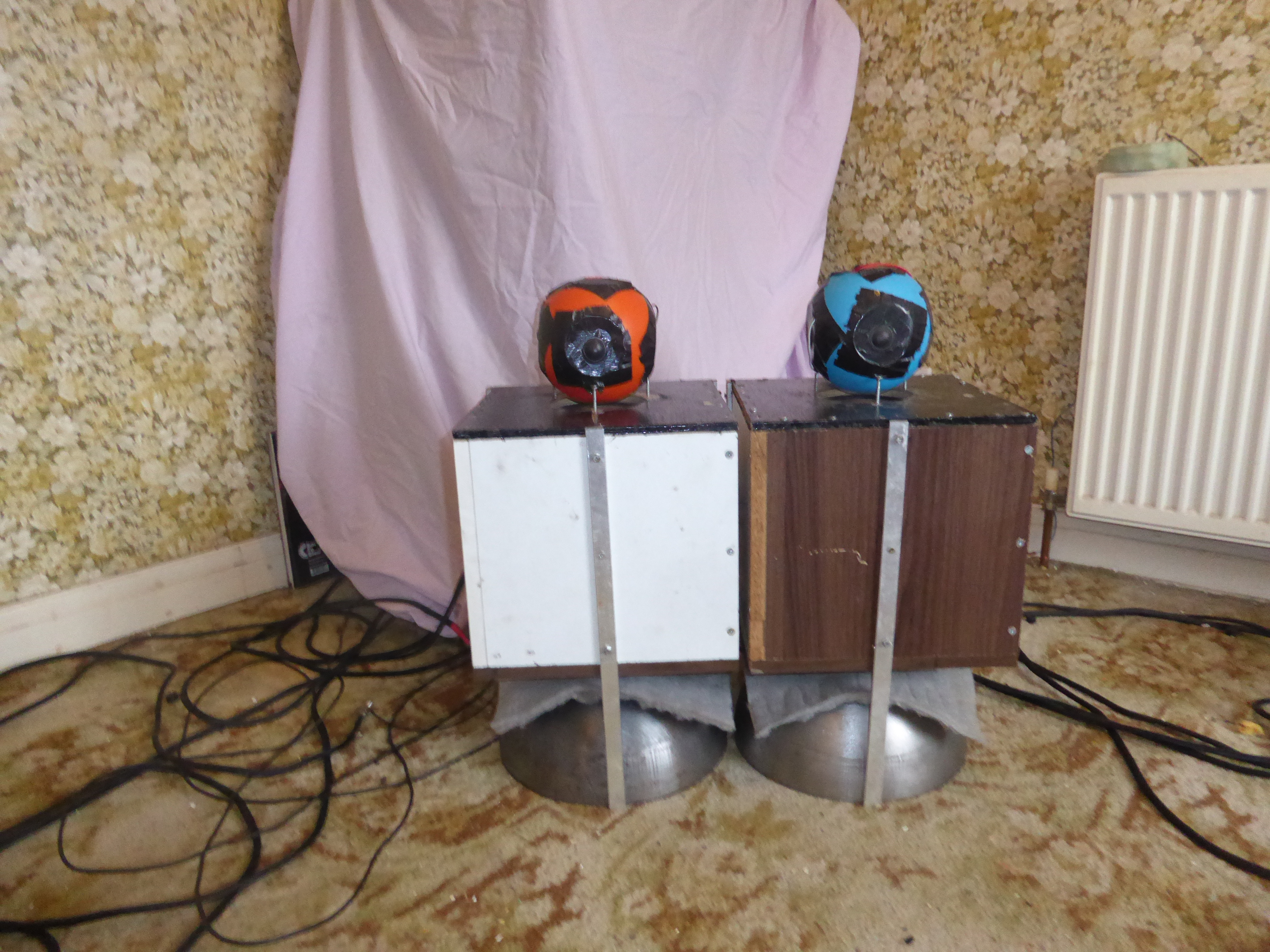 You would be forgiven for thinking this is a stupid idea. At least one member here listens to their cube's like this (Hans?)

No stereo separation of course and there may be some cancellation with the speakers being so close together but it sounds glorious.

There are other things going on here. They are further out into the room so the reflection points (walls) are further away. There is also less bass reinforcement from the walls but there is still plenty of bass - that's one of the good things about bipolar opposing drivers (the full 6dB baffle step compensation for free).

There will be some benefits if you are off axis as all the drivers are real close together and a vastly reduced difference in distance to the left and right drivers where ever you are .
DIY inspired by Richard "The Doc" Dunn RIP
Top 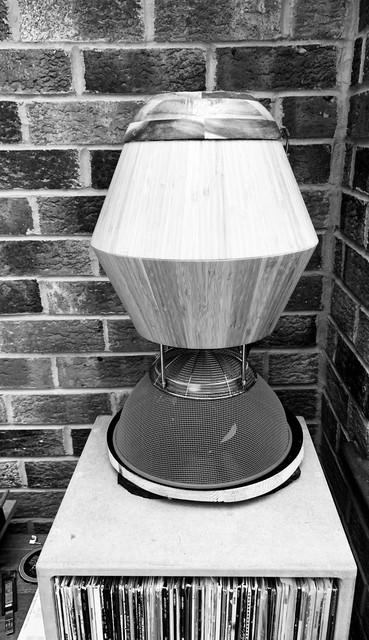 Where are the tweeters ?

I've done very little with my set up apart from revisiting my 6.5" drivers. Bottom one disconnected so it acts as a badly tuned passive radiator. It sounds surprisingly good but a bit slower down the bottom end.
DIY inspired by Richard "The Doc" Dunn RIP
Top 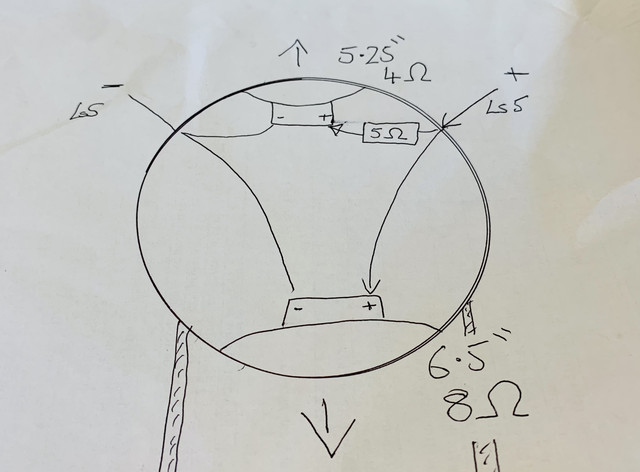 Measures about 4.5ohm at speaker posts

Not sure why I am posting this other than I found the graph and wanted to plonk it somewhere. Might be helpful if one is designing a pair of speakers for a typical room and ears (yours). Other than that it is a case of suck it and see. It seems to me

I am currently playing with my second pair of 30cm cubes with two 6.5 inchers in it. Doped up firing is connected to the amp. The down firing one is unconnected - a bit like a passive radiator (swear word round these parts). I am having a play with it because curiosity is a wicked thing and I have never had a speaker with one.

This is not a well designed one, in fact it isn't designed at all - one of the drivers is just not connected to anything. It's not even a proper PR . They are usually a size bigger than the active driver and heavily weighted to tune the Fs. They are designed much like a bass reflex but I have never looked into them cos they never interested me.

My PR is the same size as the active speaker and I have not gone to the bother of even trying to calculate what I should be doing. I have though added blue tack to the down facing driver in stages and tried to ear any difference. PR bass loading drops off a cliff below the Fs of the radiator rather than the much more gradual second order acoustic roll off a sealed box.

The bipolar 6.5" design was just too much for my room. The full BSC was a recipe for disaster. Even the bipolar 5.25" design can be a bit bass heavy on the wrong kind of material (dub, Portishead, dance stuff). The monopole 6.5" with PR is superior in almost every way. The low bass falling off a cliff really does make the mid range better as the driver is not flapping about at really low frequencies. However the bass that is there is questionable in terms of timing. My crap implementation need further messing about with - more weight added to the down facing cone. It is making a contribution down low.

I tried this because i was inquisitive and it was a good way to try and use the down firing location and hopefully get some IMD reduction. Seems to trade that for timing distortion

. The 6.5" is superior to the 5.25" driver in several ways. It is 4 dB more efficient (before doping) and IME needs less dope applied to get rid of the break up nasties. Win win.

I am going to try an active 6.5" down firing in to the 30cm steel hemisphere next with a small mid driver up firing in to the tweeter sphere. This will need the low and high pass filters in the amplifier input stages altering for a passive line level xover at 250 Hz and 6 kHz (no added components

). This will be a bit of a departure from anything I have tried so far and I really don't know what the outcome will be. I am hoping it works out as long as I chose the drivers and xover frequencies the best I can and i don't notice the effect of the filters

. There will only be first order electrical filters at line level and nothing else apart from possibly the natural roll off the mid when crossing to the tweeters.

The steel spheres really do limit what you can do (nothing larger than 6.5" drivers) but I think it will be more than worth it due to their extreme rigidity and shape. The 3 way design solves a few problems but creates others. The final verdict will be after weighing up the pro's and con's of each.
DIY inspired by Richard "The Doc" Dunn RIP
Top