Fretless wrote: ↑Tue May 31, 2022 10:20 am Putting a P50SA inbetween cleared everything up - and provided the protection that RD always advised as he was suspicious of digital volume controls, thinking that they could 'glitch' to a max setting and blow up amp and/or speakers.


That RME DAC looks really nice though.
If I had more cash than brains I would consider it.

That is the only reason I don't go 'bare', I had an instance where I did RTFM, but didn't quite understand the software feature involved and inadvertently turned every device in the house up to 100! Given that for some reason Ramones - Leave Home was the test disc the result was loud, but happily no actual damage beyond shredded nerves & neighbors was done.

I seem to recall that the DACs RD had issues with were certain ones in the Metrum range and I don't think they were used "bare". I would concur that it all boils down to the quality of the volume control in the DAC and sensible use.
Main System
NVA BMU, P90SA/A80s (latest spec), Cube 1s, TIS, TISC(LS7)
Sonore OpticalRendu, Chord Mscaler & Qutest, Sbooster PSs
Network Acoustics Eno, ifi iPurifier3, AQ JB FMJ, Cisco 2940 & 2960
DH Labs ethernet, BNC & USB cables, Farnells cat 8 ethernet cable

Definitely, but whilst I like the less is best approach that rather stupid little incident has made me much more cautious. Sensible use is also the key, for me it was one box I ticked that I shouldn't - a bit like most voters in the UK

We will be updating our Facebook page through out the duration of the show, as it is much easier to upload the photos from mobile
(internet down here is rather poor as expected)
https://www.facebook.com/hfsaudio

Full report here will be published after the show

p/s If you're visiting the show, pop in we have free sweets

Nothing to see here...
I am in the hi-fi trade
Status: Manufacturer
Company Name: NVA Hi-Fi
https://nvahifi.co.uk/
Top

I hope you are having a great time. We set off yesterday afternoon full of anticipation but got no further than junc 22 of the southbound M6. There was something wrong on the Thelwall viaduct and even though I know the area inside out every detour I took ended up in another snarl up so reluctantly we headed home after an hour or so of nonsense.

You can see us at 6:32 on this YT video of the show (if I've done the link correctly, it should start automatically at that time).

Thats looks good and makes me wish I had tried again on Sunday but lots of music/beer/gin combined with a very late finish in the small hours of Sunday morning made that too difficult. I would love to know what any visitors thought of of the show.
Mr Modify 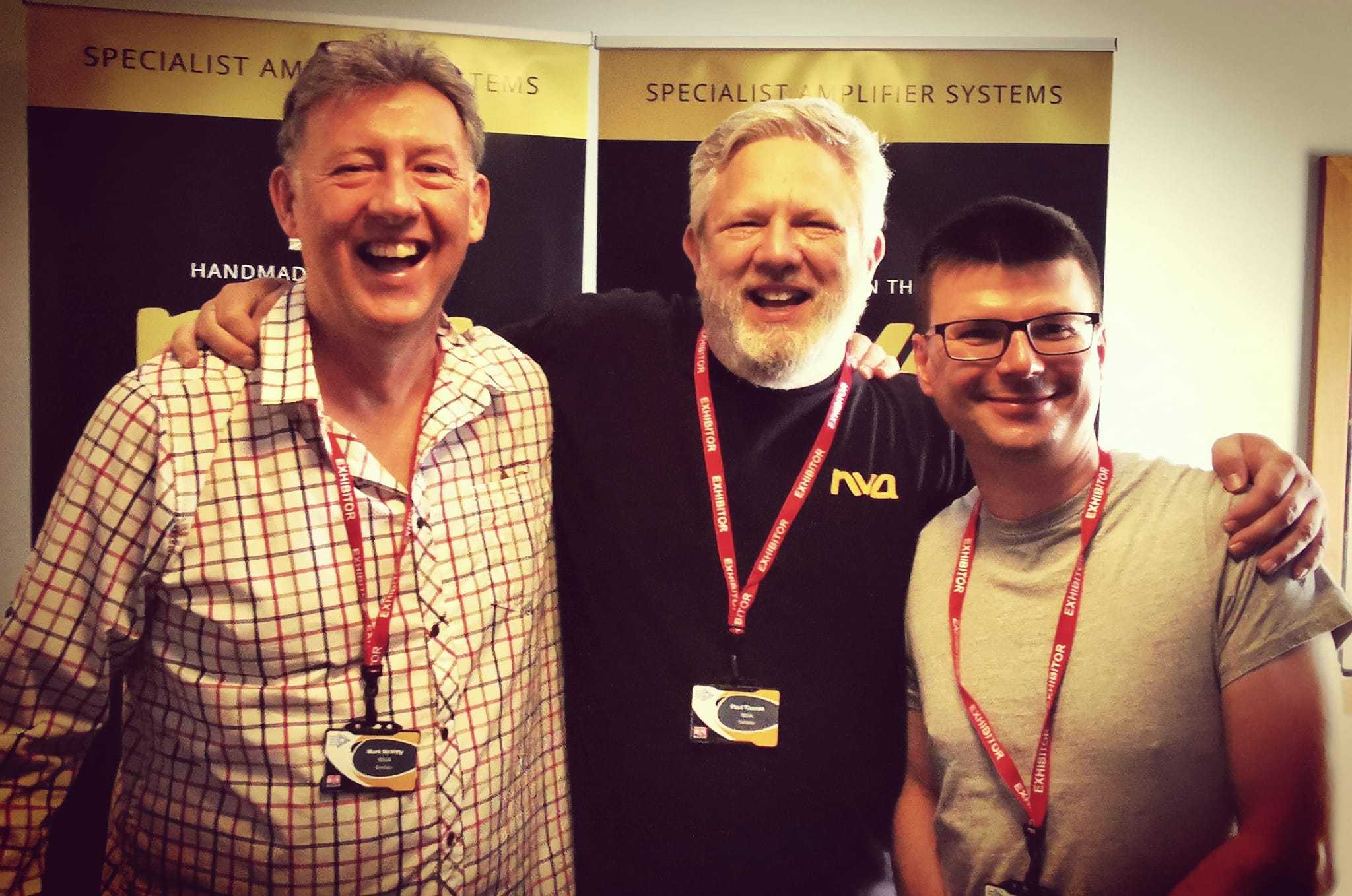 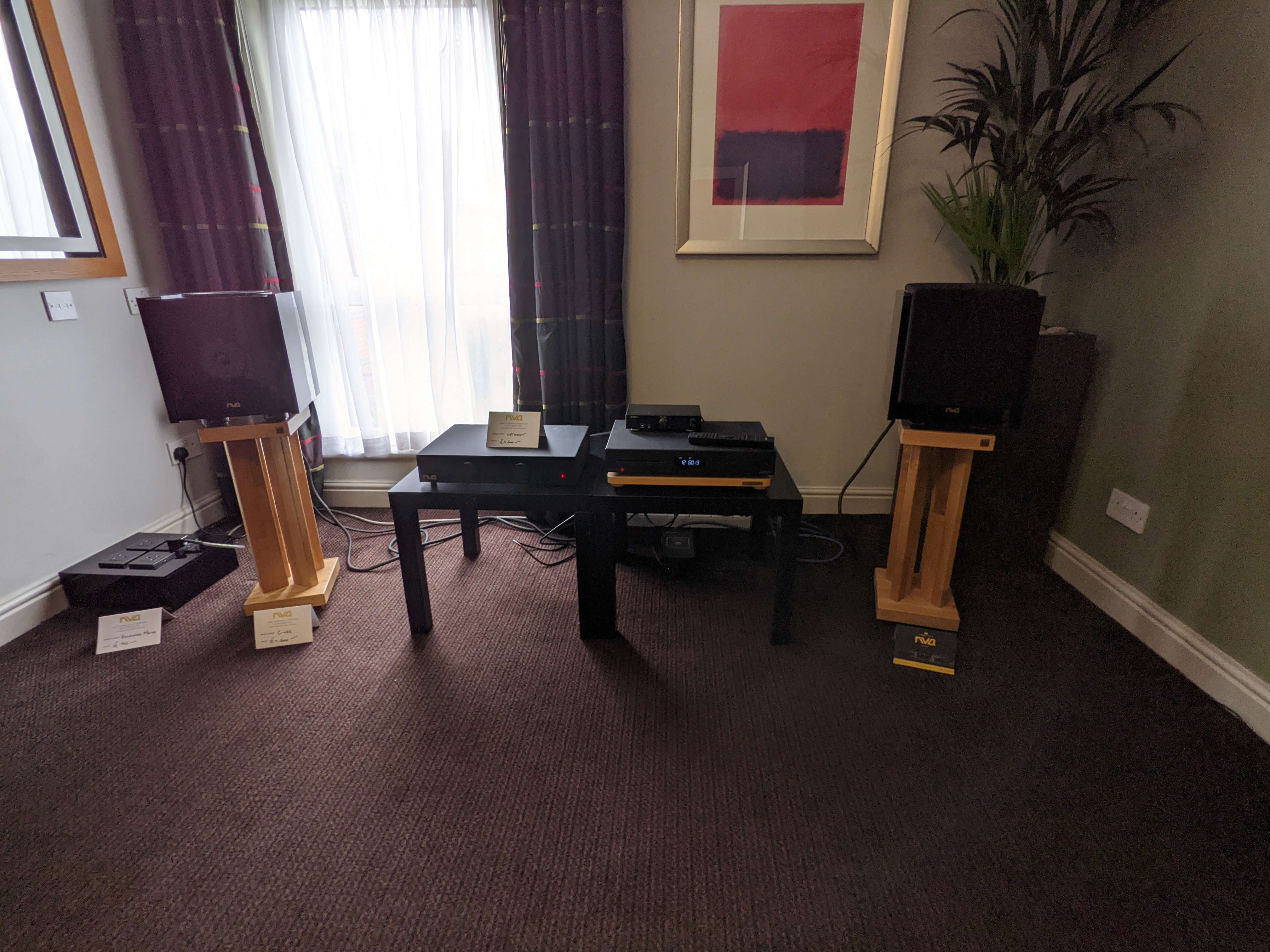 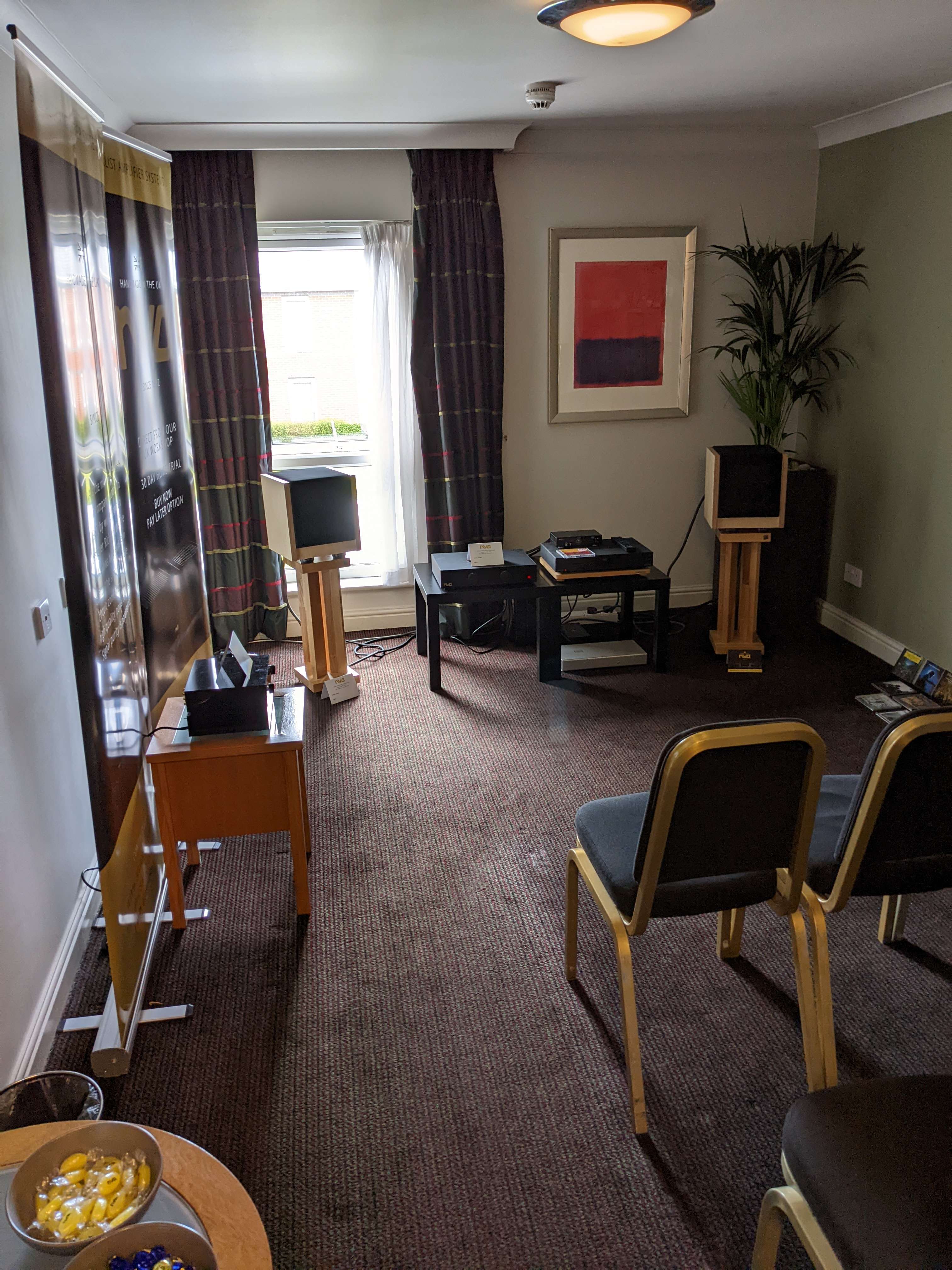 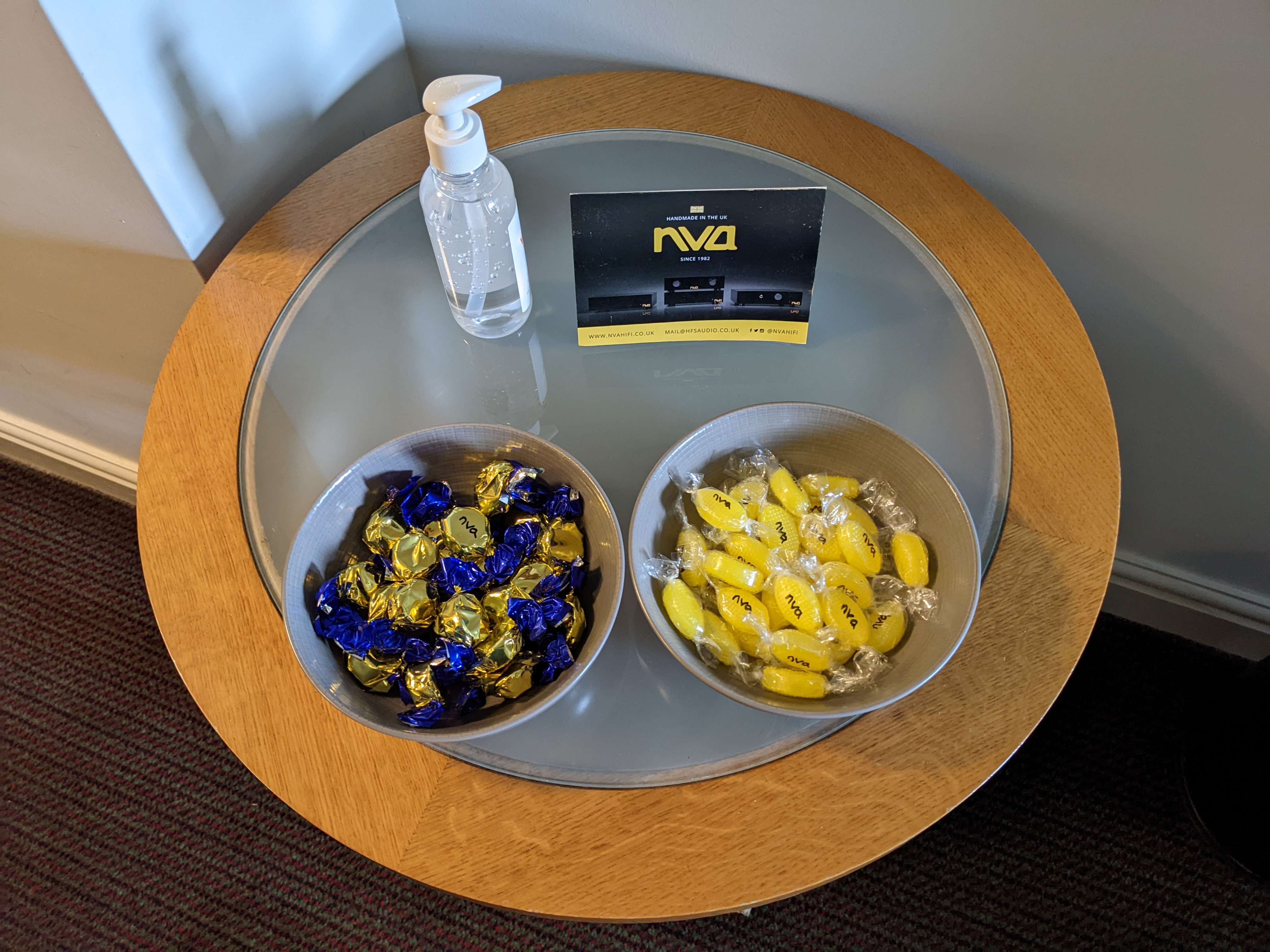 Red hot on the Friday (set-up day). Room was boomy and lots of reverb. Did our best to manage this by pulling the Cubes out into the room much more than we would normally...and by 'borrowing' a large pot plant from the hotel foyer!

Very, very busy during most of Saturday - started getting visitors from 0930 (despite the show being advertised to open at 1000) and queues to get in the room for much of the morning. Sunday started much slower and was then a steady stream of visitors.

We had both the acrylic and the birch-ply Cubes playing / on display. Feedback for 'the looks' was around 75% in favour of the birch-ply, but around 50-50 (or no strong opinion either way), re which sounded better. Lots of interest in the new integrated, especially when we took the lid off!

Lots of cards given out and several people proclaiming themselves serious about getting a home audition of the Cubes. Plenty of interest in the Starter Bundle (and a lot of head scratching about how we do all that for £995).

Well worth doing the show. Very friendly and well organised. Hotel rooms never sound great but 99% of visitors understand that. The words / phrases that featured most in visitor feedback about our room, were; natural, unforced, open, and 'a relief from being pinned to the wall'. Favourite moment, for me, was playing a 1932 Busch Quartet mono recording for one chap, who turned to me at the end of the track and said..."That's. Just. Music".

Finished on the Sunday, around 4.45pm. Packed up and away by 6.15. Unfortunately, we found ourselves around 600 yards behind a serious crash on the M62 on the way home and the police closed the whole motorway for 3 and a half hours. Unloaded at workshop and got home around 2 in the morning...and van had to be back by 8, so dropped it off and went back to bed!