They are.
They are 27mm radius corners, the same as the distance from the chassis to the edge on all 3 sides. The right hand edge is 27mm from the edge of the arm outrigger that holds the bias adjustment dial which is the outermost part.
I take these things into account otherwise things look wrong. There is no appreciable radius on the chassis corners, it is approximately 1mm round. The corner forms the centre point of the corner radius
I am (barely....) in the hi-fi trade
Status: Manufacturer
Company Name bte designs
Www.bte-designs.weebly.com
Top

keepitsimplestupid wrote: ↑Sun Nov 17, 2019 12:25 am Should have scaled the plinth radii from the chassis radii though

Happy with it other than that though? ffs...
Top

But you've ignored the top roll, looks wrong with the plinth having a tighter edge roll than the top plate. I get that it's hard to do with veneer. Nearly everyone else does the same, always looks wrong to me.
Top

keepitsimplestupid wrote: ↑Sun Nov 17, 2019 12:25 am Should have scaled the plinth radii from the chassis radii though

Criticism is healthy. We all need it. Best conveyed in private, though, imho, especially when it is directed to a guy who is a genuine enthusiast and stand-up bloke. There is a limit to the 'finish' that can be achieved without investment in specialist machinery...and Ant will freely admit that. It's a great job at the price charged and it's all I'll ever need.

What the photo doesn't tell you is that Ant, because he is how he is, spent 2 weeks fettling the 401 for me to cure a very slight speed stability issue, just because it was 'bugging' him. I hadn't paid him to do so, he could have 'done his bit' and let me get on with it.

I recall that I was once publicly critical of the Arkless modified Cambridge Audio phono stage. I had it for a bake-off of 5 phono stages and I wrote to the effect that it was lifeless and boring, and not worth considering. Now, it was all of the above in my system, but all I needed to write was that it just didn't happen for it on the day - there are so many variables and it was churlish and foolish (and a bit wankerish) of me to damn it so speedily and (especially) publicly. Sorry, Jez.

Getting back to the Garrard...by way of a mid morning magazine programme on Radio 4; an interview with Joe Strummer of The Clash in a feature about the mainstream media coverage of the emergence of Punk Rock. Strummer said that his real achievement was to work purely on instinct and to' get his mind out of the way'. This is what the Garrard does, more often than any other t/t I've heard, for your records. There's lots of hi-fi gear that you can sit there twiddling your goatee at (ooh, impressive highs / mmm, bass is a tad overblown / I detect a slightly shrunken soundstage / I heard a cough that I never heard before) but the Garrard makes all that seem pedantic and pointless - it goes straight to your heart.
I am in the hi-fi trade
Status: Manufacturer
Company Name: NVA Hi-Fi
https://nvahifi.co.uk/
Top

Another Ant creation picked up today, exactly what I wanted and done extremely well. Platter sprayed, motor stripped and rebuilt, faulty capacitor replaced all for no extra charge just because it bugged him. The blokes a true gent, thanks Ant really chuffed with this! 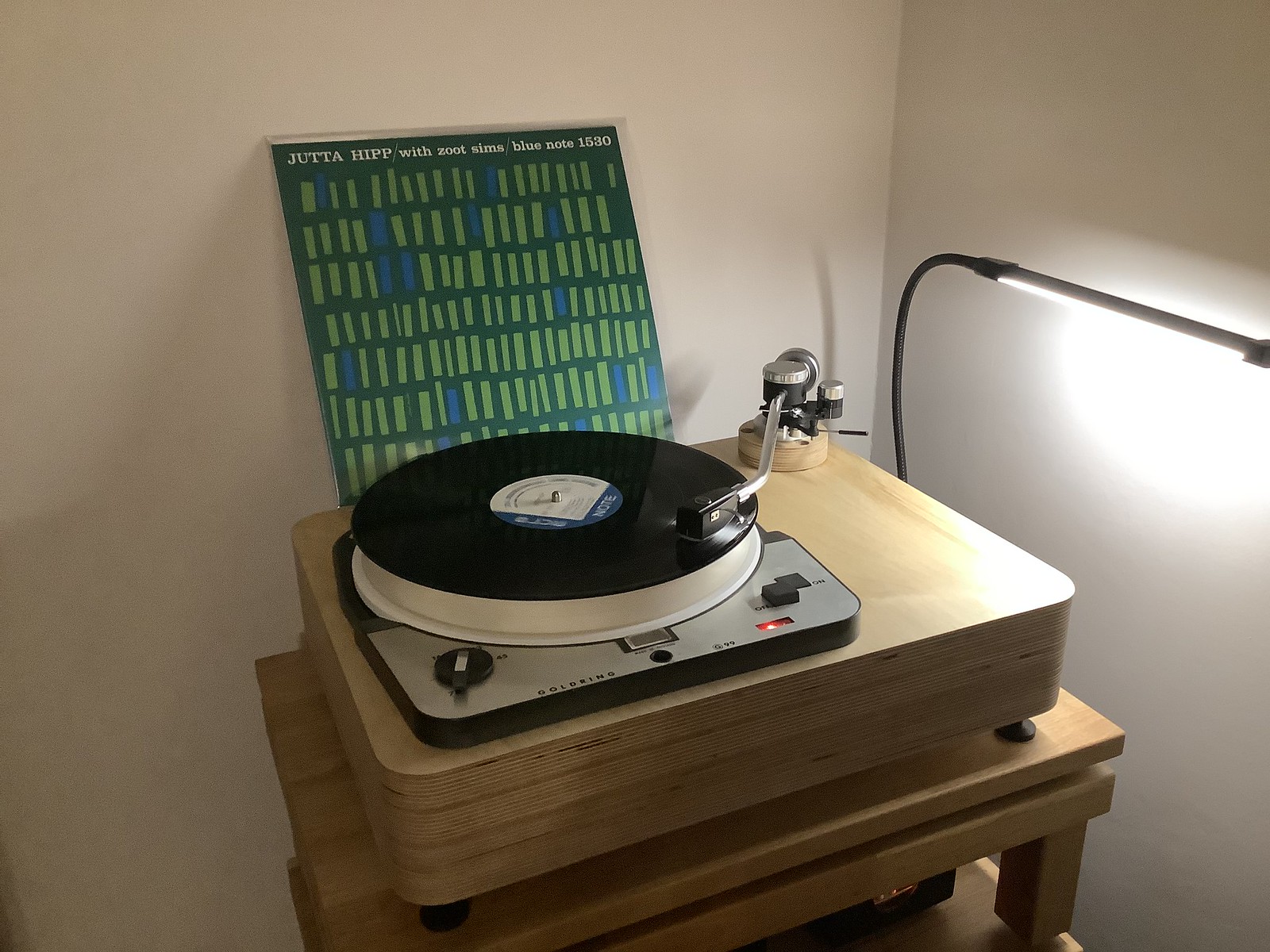 Aye, he’s been brought up well.
Molly Winley, she smooks loike a chimley, but she’s my little nicotine gal.
Top

I saw your Lenco on Saturday, Scotty. Very elegant, you made some nice choices there. Ant reckons that the Corian top platters make quite a difference to SQ.

The knife edge Jelco looks like a lot of arm for the money...
I am in the hi-fi trade
Status: Manufacturer
Company Name: NVA Hi-Fi
https://nvahifi.co.uk/
Top
Post Reply
352 posts