Saw Halestorm last night who are one of the best bands to emerge in recent years. Their albums have got stronger and stronger. This is reflected in the set list which draws heavily on the excellent latest album. They were very good and had to be following In the moment. I had not heard of this band and they really left an impression. The theatrical stage show was quite spooky with the music to back it up. The third band, New Year Day, were good and also fronted by a good female vocalist. A very good evening for the whole duration and tickets were cheap by todays standards.
Main System
NVA BMU, P90SA (latest spec), A80s (latest spec), Cube 1s, TIS, TISC(LS7)
Sonore OpticalRendu, Chord Mscaler & Qutest, Sbooster PSs
Network Acoustics Eno, ifi iPurifier3, Audioquest Jitterbug, Cisco 2940 & 2960
DH Labs ethernet, BNC & USB cables, Farnells cat 8 ethernet cable

I gave up going to gigs 7 years ago due to babies. Only seen 2 since; Bunnymen and Public Image. Until last week, when I got to see Two.

First, ’Fontaines DC’ at the Birmingham institute, great venue. It reminded me of Victoria Hall (twas another great venue) in Hanley, Stoke.
Fontaines DC were edgy, mighty, very edgy and even mightier! Really enjoyed it. The sound was a bit ‘gruff’ but I never go/went to a gig for the sound quality. (Therefor never try to recreate the live experience in my living room!) Glad I saw them now rather than in 12 months. (‘’for what died the sons of Roisin…?’’)

Next night, ’Imperial Wax’ at the Surgery in Stafford. They are the remnants of ‘’The Fall’’ or what was the last line up before Mark E’s death. They did a ‘’Fall’’ number (but I know not its name) and a couple sounded ‘Fallish’. The remainder of the set sounded nothing like the Fall.
They were loud and very tight and the sound quality was spectacular for such a small venue. Only £12.00 and about 30 people there.

Another thing that was very significant about the Fontaines concert, was the average age, I would say 45-60. Wherever you looked, lots of old duffers. I was expecting it to be full of kids, sixth formers, college crew etc, but no! And I was so please that’s how it was. Full of the youth of yesterday.

Two theories on this; The kids are all in their bedrooms, playing games, slaves to the online world of freeee fast, super duper, speedy, unlimited Broadband. While the rest of us are bent double like old beggars under sacks, knock kneed and coughing like hags, trudging on. Or maybe they just don’t like the music, and were skint.

I like the Fontaines, a lot. I'll be at their Newcastle gig on 10th January.

When I saw Cabbage the crowd was mixed ages...a lot of old punks plus a 6th form circle pit
I am in the hi-fi trade
Status: Manufacturer
Company Name: NVA Hi-Fi
https://nvahifi.co.uk/
Top

The circle pit looked brutal, however there is always respect in the ''pit'' for the fellow Moshers. If someone falls over they are picked up and brushed down, never raked. Enjoy them before they get too commercialised. Too many bands flounce after a great start.
Kevin.

The Quireboys were the main support, as they were thirty years ago.

Crashdiet were another good band on the bill, entertaining Motley Crue clones.

Have seen a lot of bands in the past month as they all seem to tour at the same time. No one I really want to see now until March. Cardiff attracts a lot of bands as it has a number of venues of different sizes, a large catchment area and the Valleys are a rock hot bed. Rock has definately taken an upturn this decade after two decades of decline. I put it down to kids being influenced by their parents record collections and forming bands. Along with the new bands the elder statesmen seem to have a rock till you drop outlook. The audiences are mature but there are a lot of younger people attending, especially where the newer bands are concerned.
Main System
NVA BMU, P90SA (latest spec), A80s (latest spec), Cube 1s, TIS, TISC(LS7)
Sonore OpticalRendu, Chord Mscaler & Qutest, Sbooster PSs
Network Acoustics Eno, ifi iPurifier3, Audioquest Jitterbug, Cisco 2940 & 2960
DH Labs ethernet, BNC & USB cables, Farnells cat 8 ethernet cable 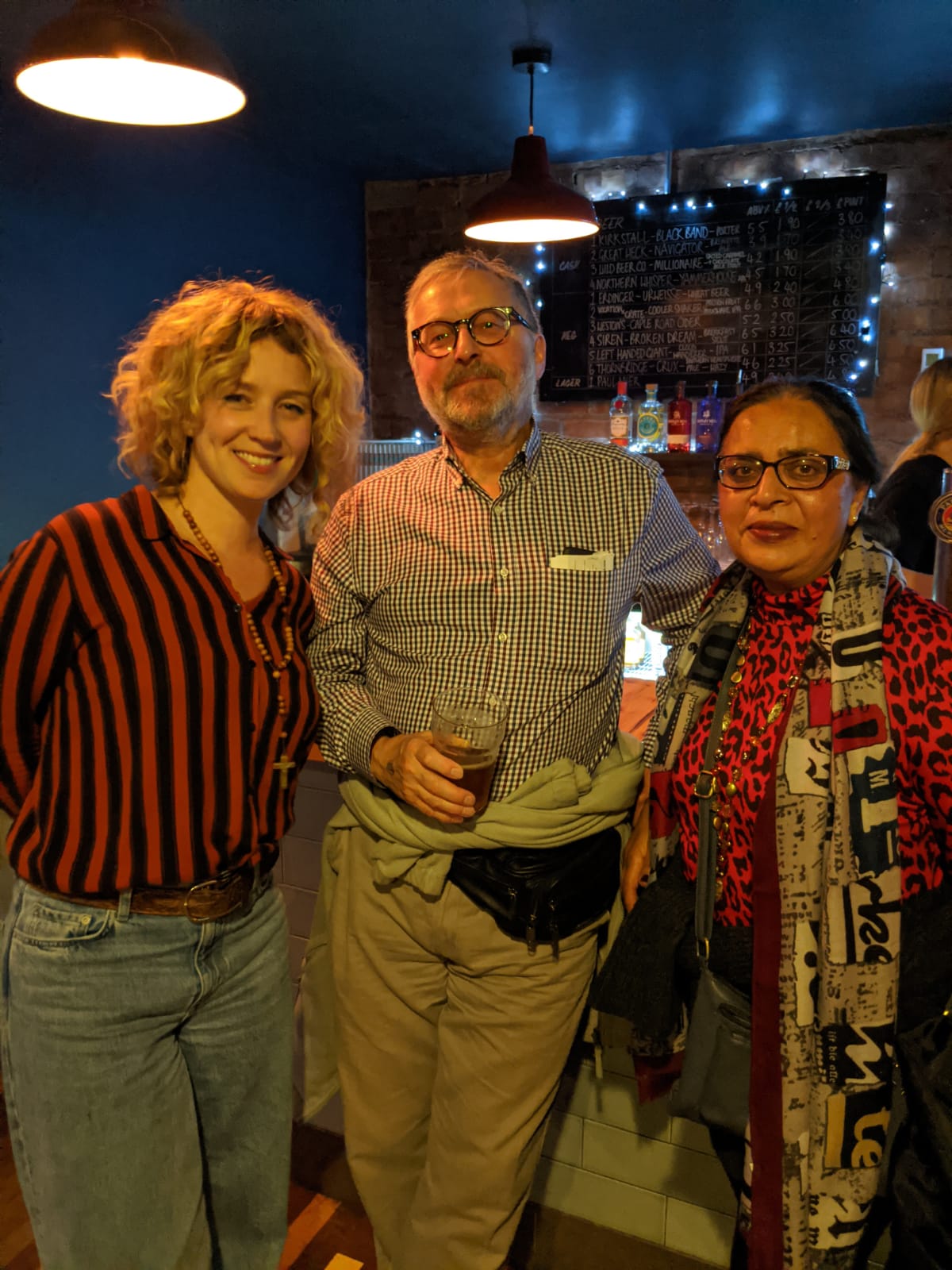 What ya drinking Terry ?

Dunno, they changed barrels during the evening. It went down ok though.