Resurrected from the old site. Surely this is what it's all about. Tell us about you last experience of live music and how you found it.

For me, Three Bonzos and a Piano - yes Roger Ruskin-Spear, Rodney Slater and Sam Spoons (whose real name is Michael something) with Dave Glasson resurrecting the Bonzos back catalogue with a bit of Tom Lehrer and Spike Jones.

As a fan of comedy music and pastiche and having more or less grown up with the Bonzos this was pretty much a must see.

I guess now I've done it, I'm no sure I would do it again. However, it made me realise (or remember) that the Bonzos were a visual band - it was an act, not just the music (although the music was and is very good). But 'Music for Head Ballet' I guess nowadays would be classed as 'performance art' and be much the worse for it.
Pioneer PL71/DL103/ Phono2/HiFiPi/P90SA/TIS/CubixPro
Top

Last live listen was Joe Bonamassa - Glasgow Royal Concert Hall - Back in April.........(Superb - over 3 hours)...
Trouble is we dont get many mainstream bands in Buckie......So its Aberdeen or Glasgow.
Jammy.
Top

Hi from sunny Scotland
Actually I am on the computer as we are having gales,snow,rain, sleet etc at the moment. My last live concert was Chris Izzak (I think that's the right spelling) at Glasgow Royal Concert Hall. Dragged there by the wife but it was a great show. He seemed glad to be there unlike Van Morrison who seemed to think he was doing us a favour by visiting Glasgow. My last real concert was Roger Waters doing The Wall in Manchester although he was not too keen when the audience joined in with his singing, but great show anyway.
Top 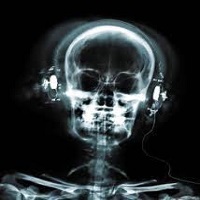 Akways having had a soft spot for bands/music in pubs - must be some sort of synergy :D, my last listen was Bruise at the Hob in SE London. A three piece on the night with female lead guitar/vocals (and song writer) backed by husband on drum and electronics, and bass. Really tight, great harmony and presence. They do a spine tingling vesion of Three Ravens.
Of all noises, I think music is the least disagreeable. - Samuel Johnson
In == Vortexbox + Raspberry Pi + BOSS DAC/ Goldring 1042 + SL-1210MK2 + Phono 1
Shaking it all about == P50SA + SP + A80s
Out == LS6 biwire + B&W 602 S3
Bubbling under == BMU
Top

The lovely Eggs - Band on the Wall Manchester - excellant fairwell gig before they take a sabbatical to have a baby .

As anyone ever been to kebab shop above band on the wall. It is directly above the stage and the bass vibrations are so powerful , if you put your kebab on the table it wil dance in time to the music . This is very amusing when your drunk. :D
Top 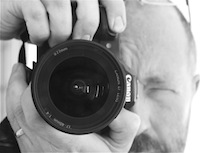 Me...practising on the piano this morning.

(Rachmaninov and I are not on speaking terms now).

I for one do not believe this - I was only trying to get the barmaids attention, as the bar was rather crowded......!!!!
Top