Another step forward in my vinyl explorations; a pair of adaptors arrived in the post yesterday which allow an RCA connector to act as a 6.5mm guitar plug. 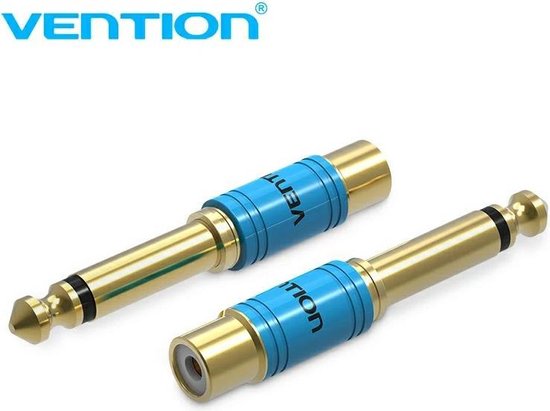 Smart, gold-plated. So fixing these in place of the XLR input to the USB interface I could now run the input from the 'Tape-Out' DIN socket on the NVA preamp without the impedance problem that was causing the total overload of the recording levels. This also means that I can hook the power-amp back up and monitor through the main speakers again. Yay!

Initially used a standard i/c to test but have now inserted an NVA SSC link which brings an extra sparkle and vitality to proceedings. 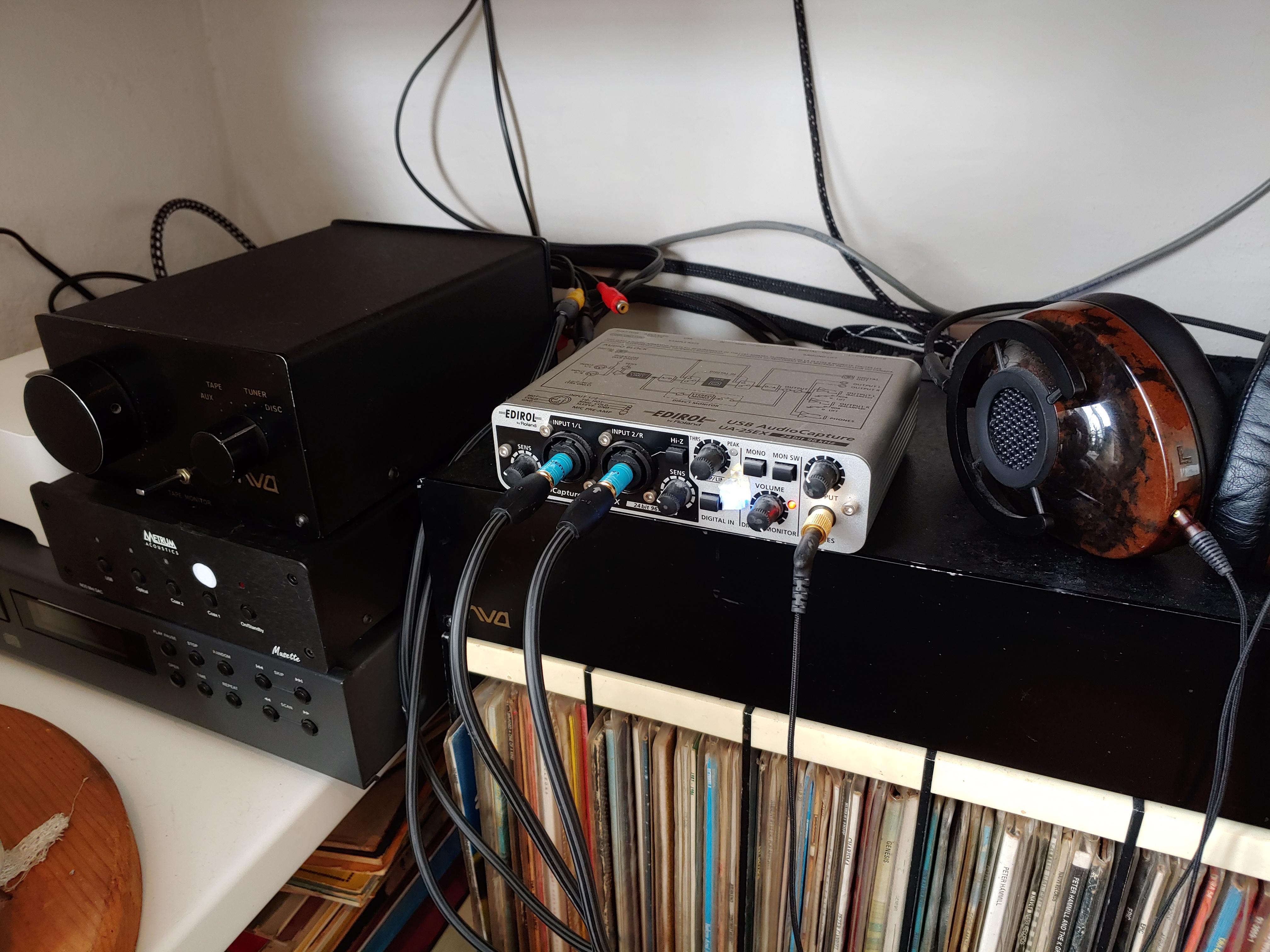 Yes, I know, it is a jury-rigged mess but it works! Anyhow, just done a copy of Rickie Lee Jones' debut album to compare against the CD version, which comes out fairly well. CD is drier and crisper in detail, vinyl is 'fatter' and fuller. More listening needed here later. A CD of hers that the SQ has always disappointed is 'Pirates' and used vinyl copies of that are easy to come by.

Spent so long replacing my LP's with digital versions and now I'm doing the reverse.

Was busy today sorting out the lounge system. Essentially I disconnected everything and then carefully separated interconnects away from mains leads, distanced digital from analogue connections. Tidied the whole lot up.

Also exchanged the Sonos Connect streamer for the sonically superior and more capable Allo DigiOne, and then put in a small ethernet switch to connect up the recording Laptop and 2 other streaming units. Put a lamp above the TT so I can see what is going on in a rather dark corner; looks very cool in the evening.

Result is that vinyl playback has now tightened up considerably, the mains/earthing hum is gone and the 96KHz rips are coming out far closer to the LPs.

A learning curve on the road to rediscovery.

The heavens have opened, light shines upon the world and the moment of revelation is a-cometh!

Not wanting to be too overtly messianic about things but I reckon that after 2 weeks of fumbling around - I've finally cracked it. Now playing a rip of Barbara Thompson's debut LP 'Paraphernalia' (1982). This is an excellent Jazz-rock excursion very much in a Soft Machine mould and featuring their bassist Roy Babbington.

The checking of TT setup, cable discipline, cartridge tracking and digital interface levels have all paid off. Then the resulting playback through the main PC streamer and Ares DAC is just blowing me away. The 96KHz rips are coming through in a more tactile, organic fashion than CD's and I'm getting space, separation and imaging that is seriously impressive.

Next up is an acid test where I need to directly compare an LP rip against a remastered CD copy of the same album and I happen to have Rush 'Power Windows' in both formats. Busy week coming up but I will try to get that done. Also I believe that a different cartridge will boost the clarity as I suspect that the A&R P77Mg is far too restrained in character.

Another unnerving realisation is that I never got this level of SQ back in the 80's when a turntable was my main source.
This is then due to :

a) my ineptitude at the time
b) I seem to have acquired some experience in the intervening decades.
c) combining analogue and digital playback for a single result.
d) luck

I'll be interested to see you you get on with some of the more compressed recordings that are out there. I think one thing that does work for old vinyl is that most of it pre dates the fire walled loudness wars that have blighted most 'popular' cd's, hence the feeling of more space and dynamic range.

Explosions in the Sky - Fab and Groovy, man!

I have created CDs from LPs on more than one occasion but, obviously, I have always used 16 bit 44.1KHz. As it happens I now have an interface that can deliver 24 bit 192KHz audio so, what have you used?
Top

My Edirol USB interface records at a max 96KHz / 24bit.

I have found that the jump in sample rate from 96 kHz to 192 kHz results in a significant SQ gain. Don't know if this is the case where digitising vinyl is concerned.
I set a course just east of Lyra
And northwest of Pegasus
Flew into the light of Deneb
Sailed across the Milky Way
On my ship, the Rocinante
Wheeling through the galaxies
Headed for the heart of Cygnus
Headlong into mystery
The x-ray is her siren song
My ship cannot resist her long
Nearer to my deadly goal
Until the black hole
Gains control

I've stuck at 96KHz / 24bit, beyond that I suspect my P3/ Dynavector 10x will be running out of resolution.

I did see somewhere that someone clever had worked out what the equivalents were for analogue sources, but I can't for the life of me think where, or when I saw it. Assuming it wasn't a hallucination I'm pretty certain that only a recording studio R2R would get close to 24bit. Unfortunately I can't find the original article.
Top
Post Reply
79 posts